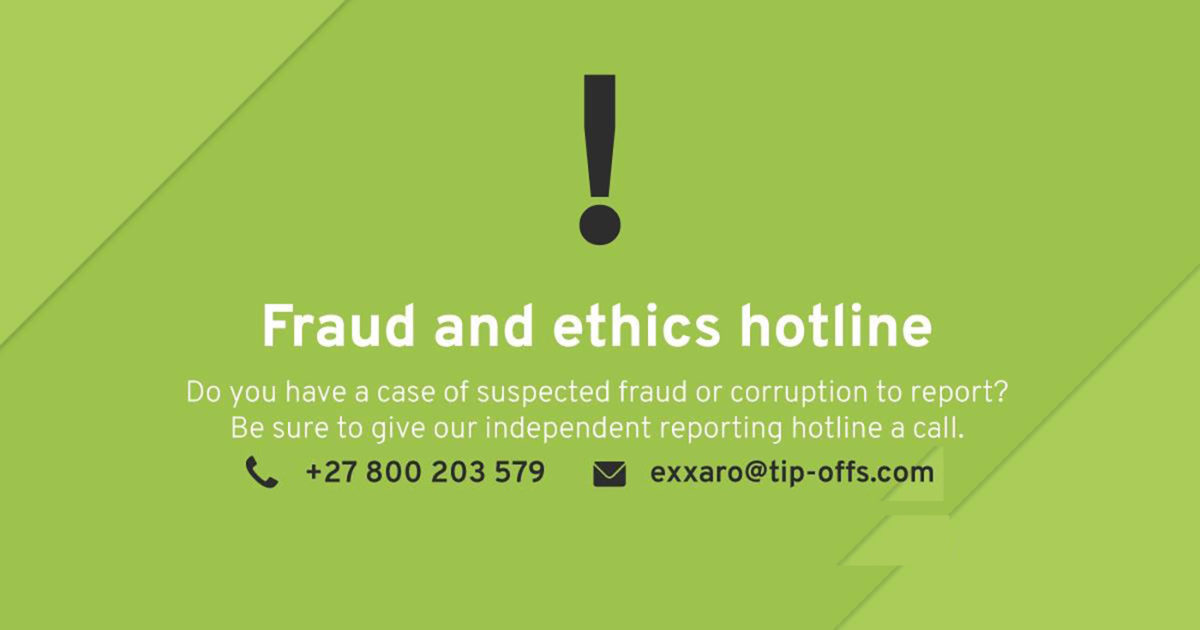 The companies in the report represent all industries and include 61 JSE-listed companies, 11 large privately owned companies, seven state-owned enterprises, and 21 foreign multinationals (eight of which have JSE listings). The study draws on past TRAC research undertaken by Transparency International, as well as on the Global Reporting Initiative, a widely used sustainability reporting standards system.

The focus is on corporate reporting practices and transparency around activities and performance, with a view to measuring the anti-corruption standing of key private sector players in the country. By perusing annual reports and websites, the partner organisations reviewed the public disclosure practices of these companies on three themes, namely their anti-corruption programmes, levels of organisational transparency, and country-by-country reporting mechanisms.

“Corruption is not just a public sector issue – the private sector is deeply implicated too. And transparency is an absolutely essential step in the battle to end corruption in and by the private sector, even though it is not enough on its own,” said Gugu McLaren-Ushewokunze, the NBI’s head of social transformation.

The five top-ranked companies are RMB, City Lodge, Exxaro Resources, FirstRand and Standard Bank, all of which averaged 85.3% across all themes, with an average of 88.6% for their anti-corruption programmes. There was a considerable gap between the leading firms and the sample average, indicating that there is much room for improvement for most companies surveyed in relation to their reporting and transparency.

The average score of the 100 companies across all three themes was 59.5%, broken down as follows:

58.7% on anti-corruption programmes, 89.9% on organisational transparency (investment in subsidiaries and other companies), and 36.2% on country-by-country reporting, key data such as revenue, profits and taxes paid, for all jurisdictions outside South Africa where the company operates. Those companies listed on the JSE, which are regulated by the exchange, fared much better than privately-owned companies not subject to regulatory requirements. This is evident in the 66.3% average scored by JSE-listed companies across all three themes, against the 26.7% scored by private companies. In contrast, the seven state-owned enterprises as a group averaged just below the full sample, with an overall score of 58.1%, also coming in above foreign-owned companies, which averaged 57.4%.

At the other end, the bottom five companies, all of which scored below 5%, include in descending order, Concor Construction, Premier Foods, Virgin Mobile, Primedia and Arena (Times Media). It is not surprising that all five companies are privately-owned, and so do not adhere to JSE or other regulation in terms of their corporate reporting. The media sector is worth a further comment, as it comprises Naspers (which scored 66.9% overall) and three private companies, namely Independent Media, Primedia and Arena, which together averaged 2.3%.

One of the objectives of this study is to highlight areas for improvement in corporate governance. In particular, it should assist in urging the South African private sector to be far more rigorous, not only in its reporting of anti-corruption programmes, but in the implementation of the programmes themselves. Greater transparency leads to improved performance, and consequently, improved corporate anti-corruption programmes are crucial, not just for the corporate sector itself, but in combating corruption across the whole of South African society.

The report recommends including more detail in anti-corruption policies that encompass all stakeholder groups and types of corruption, prohibiting contributions to political organisations and individuals, and defining how the company can help to end corruption.

David Lewis, executive director of Corruption Watch, said: “One of the poorest-scoring questions for the sample of companies was on whether company policy explicitly proscribed contributions to political organisations and individuals. The need should be obvious for companies to adopt this position and be seen to have done so, yet many companies still have not.”

In terms of reporting to enhance transparency, the weak performance of privately owned companies is a matter of concern not only to their shareholders but also to many stakeholders across society, as they are not required to adhere to the King IV Code on Corporate Governance in their reporting. A company’s decision to remain in private hands should not be a sufficient reason to justify opacity on anti-corruption and other environmental, social/labour and governance (ESG) issues. There needs to be greater consideration for regulating reporting on these activities and impacts of privately-owned companies.

It should be emphasised, however, that adherence to King IV is not enough to ensure more transparent reporting, as King IV still remains a voluntary standard in important respects. There is room for reviewing whether the code itself needs another refresh, including a strengthening of the force of its mandate as applied to individual companies and an expansion of the scope of its mandate beyond JSE-listed companies.

The report concludes that the fight against corruption cannot be waged within individual corporations alone, but must extend across a broad scope of organisations, within and outside the business sector.

What is required is an all-encompassing collective action by the corporate sector, as well as its interaction and co-operation with other elements of society similarly engaged in fighting corruption - what could be defined as an “all of society” approach. There is a case to be made for collaboration on anti-corruption programmes with a range of other stakeholders, including NGOs, civil society organisations, academic or media organisations, and the public sector.

“The TRAC SA 2020 report raises the question whether more regulation of corporate reporting is needed to increase transparency, including tighter guidance on what should be reported, and perhaps also more validation of the information which is reported,” commented Stephen Gelb, principal research fellow at ODI.