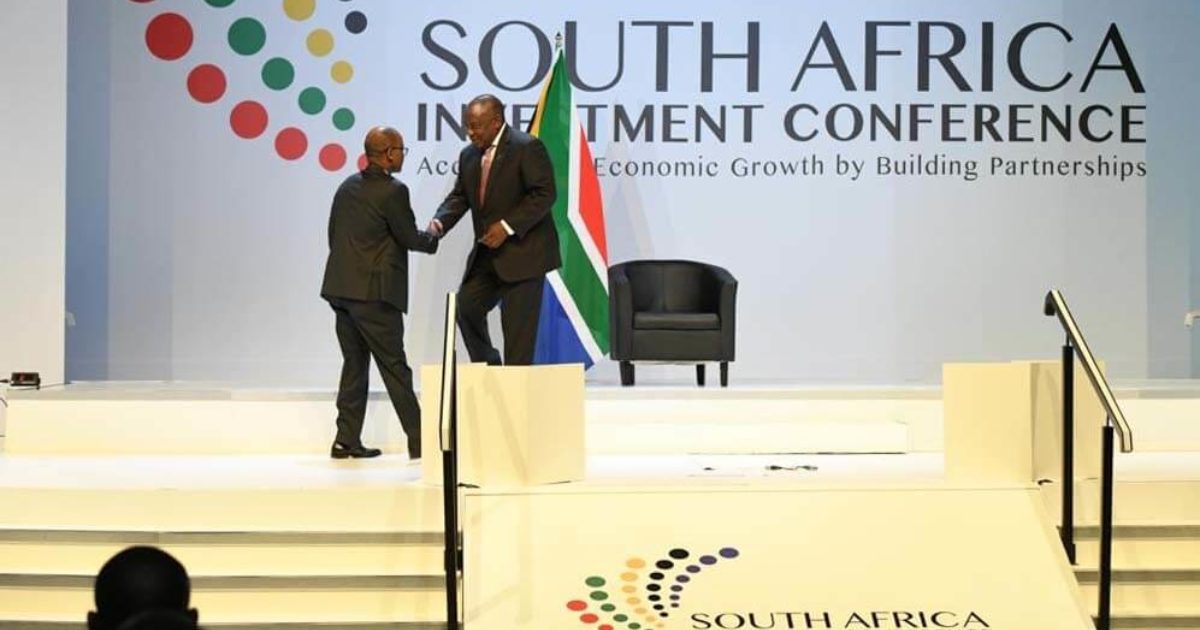 Last year’s conference saw 1 500 delegates from South Africa and across the world gather to discuss investment opportunities in Africa's most diversified economy. In 2018, several local and international businesses pledged investments in the country, amounting to approximately R290 billion. Three of these investment pledges came from the mining sector, giving credence that mining in South Africa is a sunrise industry.

The resources company made its own R20 billion pledge official at this year’s SA Investment Conference, which is geared towards the development of its thermal coal mining operations and renewable energy investment, in Limpopo, Mpumalanga and the Eastern Cape provinces. To date, Exxaro would have spent a total of R11 billion in building several brownfield and greenfield mining projects, including R3.3 billion towards its Belfast Coal Mine – the first-of-its-kind digital and connected mine in South Africa – and R5.3 billion towards expanding thermal coal export volumes at the company’s flagship operation in the Waterberg region of Limpopo.

With all these investments, social impact is a primary focus for Exxaro – with approximately 10 000 direct and indirect employment opportunities created and R200 million allocated to Enterprise and Supplier Development of black-owned, black-woman-owned and black-youth-owned businesses who have gone on to create additional employment opportunities in their local communities. Additionally, the mining group delivers benefits through community infrastructure development, in partnership with local government to the value of R500 million.

Exxaro CEO, Mxolisi Mgojo took to the podium this afternoon to address attendees and the President, stating, “I’m pleased to confirm that we are on target to fully spend the remaining R9 billion balance of the R20 billion up to the year 2023, to complete our projects.”

Mgojo added that this expenditure outlook includes Exxaro’s contribution to building the path to a Just Energy Transition. This made possible through the company’s intended investment of R1.6 billion to acquire the 50% interest of wind farm operations from Exxaro’s JV Partner in the Eastern Cape.

“We remain driven as a South African company to realise the President’s vision and participate in the collective effort of all gathered here to achieve the country’s mission of inclusive growth,” concluded Mgojo.