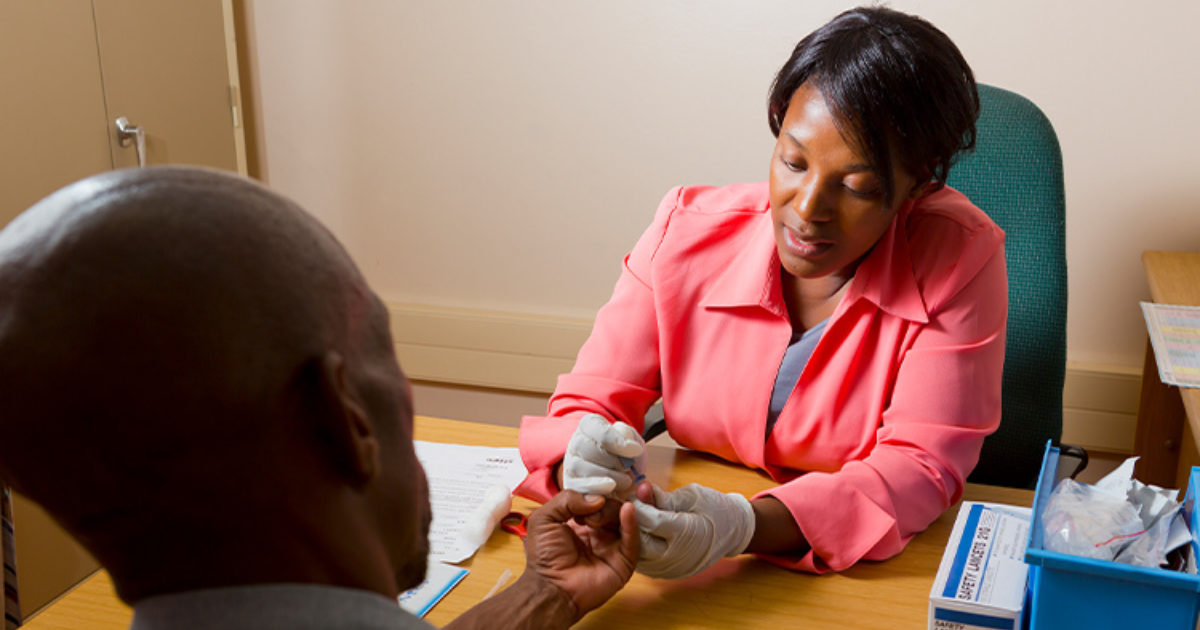 Poor productivity as a result of lifestyle diabetes, hypertension; Negative impact of health on the business due to sick leave; and Workers being incapacitated due to adverse medical conditions and death as a result of manageable lifestyle diseases

The above factors are a clear indication that managing only occupational health risks such as silicosis and coal miner’s pneumoconiosis as mandated by legislation was having a limited effect in managing the actual health risks the company faced daily, and some employees depend on the public health system.

As such, Dr Matjila, Group Manager for Safety and Health at Exxaro Resources - SA’s largest and foremost black-empowered coal mining company – and his team came up with a novel idea: managing the employees’ non-occupational health diseases on behalf of government.

Supported by Exxaro’s management, Dr Matjila approached the Limpopo Department of Health about a partnership that would enable Exxaro to administer treatment on behalf of the department. This resulted in a successful public private partnership (PPP).

“While we were managing all occupational health risks, we found that they were gradually becoming a lessor part of the health burden,” says Dr Matjila. “TB, HIV/Aids, hypertension and diabetes are now a far greater challenge. It was affecting productivity and performance, leading to higher absenteeism rates because of illness and medical incapacity..

“It was clear we needed to expand our scope and focus on non-occupational diseases.”

The three health solutions being applied in Exxaro are:

The partnership allows these Exxaro health centres to provide some of the public health facilities responsibilities to employees/contractors such as follow-up tests, compliance/adherence in the dispensing of medication and general case management.

This not only alleviates pressure on the public health facilities, but also ensures Exxaro’s employees can avoid lengthy trips to health facilities for treatment and ensures better compliance with medicine regimes – which is vital for successfully managing key non-occupational health, HIV/Aids, diabetes and hypertension.

Matjila says the PPP was established through agreements between the Exxaro Grootegeluk mine and the department of health in Limpopo. He says the idea originated from Matla mine, where employees on medical aid had consented to Exxaro collecting their chronic medication on their behalf. This allowed the medical professionals on site to assist employees in managing their chronic conditions at their workplace.

While the impact is still being evaluated – the PPP has only been implemented from 2017 in Limpopo with, additional operations health facilities in Mpumalanga in progress – there is no doubt the partnership with government will ensure lifestyle health risks management through better drug regime compliance, which will most certainly lead to improvements in the health of Exxaro’s employees.

Extending PPP to the community

Dr Matjila says in 2017 Exxaro started investigating how it could help the communities in which it operates. The company was especially interested in bolstering the public health system in Emakhazeni, Belfast, where the HIV prevalence rate is an alarming 48.2%.

However, after establishing that the area has enough health facilities, Exxaro decided to focus on improving access to the facilities – and the Emakhazeni Community Health Peer Educator Initiative was born.

The programme – which was conceptualised and established with the support of Exxaro’s internal audit partner Ernst and Young – is funded by Exxaro’s Chairman’s Fund and involves the employment and training of 22 peers – mostly unemployed matriculants – to visit people living in the community and help them address their health and social needs.

In addition to an on-site Health Office in Belfast, the health peer educators compile community mapping of their respective areas to conduct research on what health and social issues may have led to the increase of HIV prevalence rates. Matjila says Exxaro is in talks to roll out the programme to other communities where it operates.