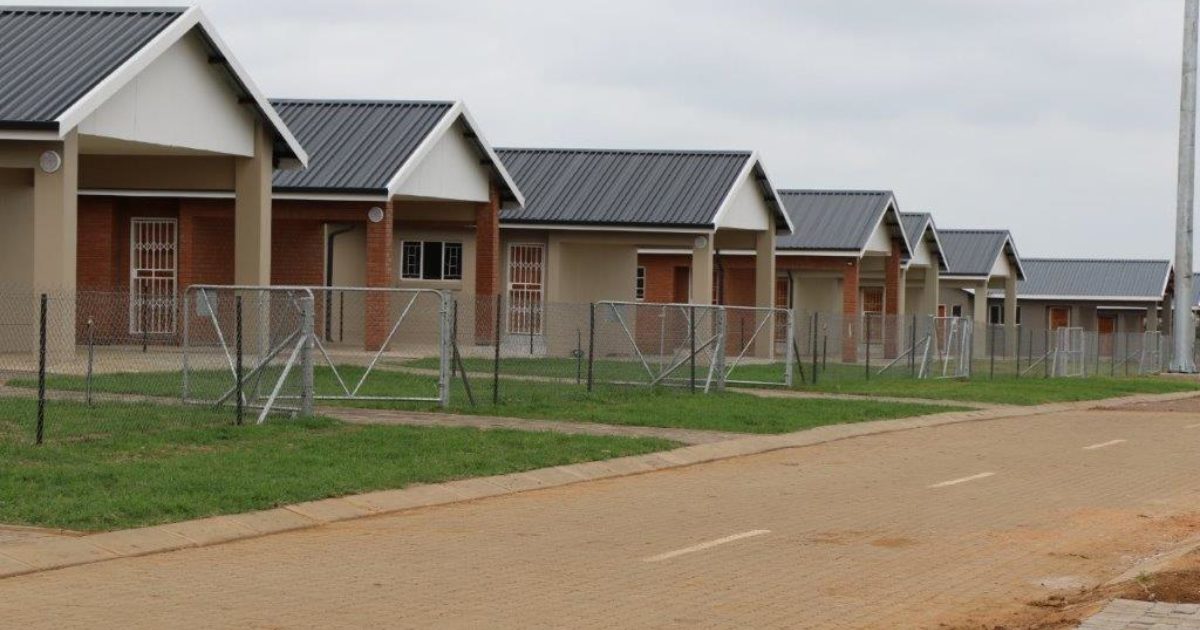 Exxaro’s Leeuwpan mine hosted the official Rietkuil Housing Handover Ceremony to celebrate the completion of the Leeuwpan Mine Rietkuil Resettlement Project after five years of hard work. The project affected a farm called Rietkuil, where a small community of 143 people had been living in 20 separate households.

The resettlement project was initiated following extensive consultations with the community. The community members chose to move to Botleng, approximately 15km from Rietkuil near the town of Delmas. Exxaro bought stands in close proximity to ensure that the sense of community among the people of Rietkuil would be carried over to Botleng.

In August 2019, Leeuwpan mine appointed five local companies to construct the houses, and another company to do the earthworks of the resettlement project. Additional opportunities were also provided to several subcontracting companies which included rubble removal, painting, landscaping, fencing etc that created a total number of 386 jobs during the project. The official construction of the houses started in October 2019.

The ongoing coronavirus pandemic has had a severe impact on the South African economy which, in turn, has negatively affected the construction of the houses. Thus, the Rietkuil Resettlement Project was also impacted, and construction had to be put on hold from March in 2020.

During the Covid-19 lockdown in May 2020, Leeuwpan mine in collaboration with the Victor Khanye Local Municipality (VKLM) distributed food parcels to the Rietkuil families. As the Covid-19 regulations on construction projects were lifted, the housing project in Botleng could resume in July 2020.

Great progress on the construction of the houses was made from August 2020. Exxaro wanted to make it possible for every family unit within a household to own their own house. Thus, the 20 households were given the opportunity to separate into family units (one or two adults with child dependants). This resulted in creating 49 new houses of various sizes (2–4 bedrooms).

The relocation action plan was completed, and the mine welcomed the Rietkuil families to their new homes in December 2020. To ensure a smooth transition, Exxaro will also be covering the costs of municipal services for these households for 5 years. In addition, Leeuwpan mine also delivered kitchen appliances to each household in February 2021 and at the end of March 2021 each family also received a food parcel to ensure that they have a joyful Easter break.

Mangaliso Sethethi, Business Unit Manager at Leeuwpan mine said, “As a BU, our journey with this community is continuing and we are managing the livelihoods and restoration programme to ensure that the community is settled and well-integrated into their new environment in Botleng.”