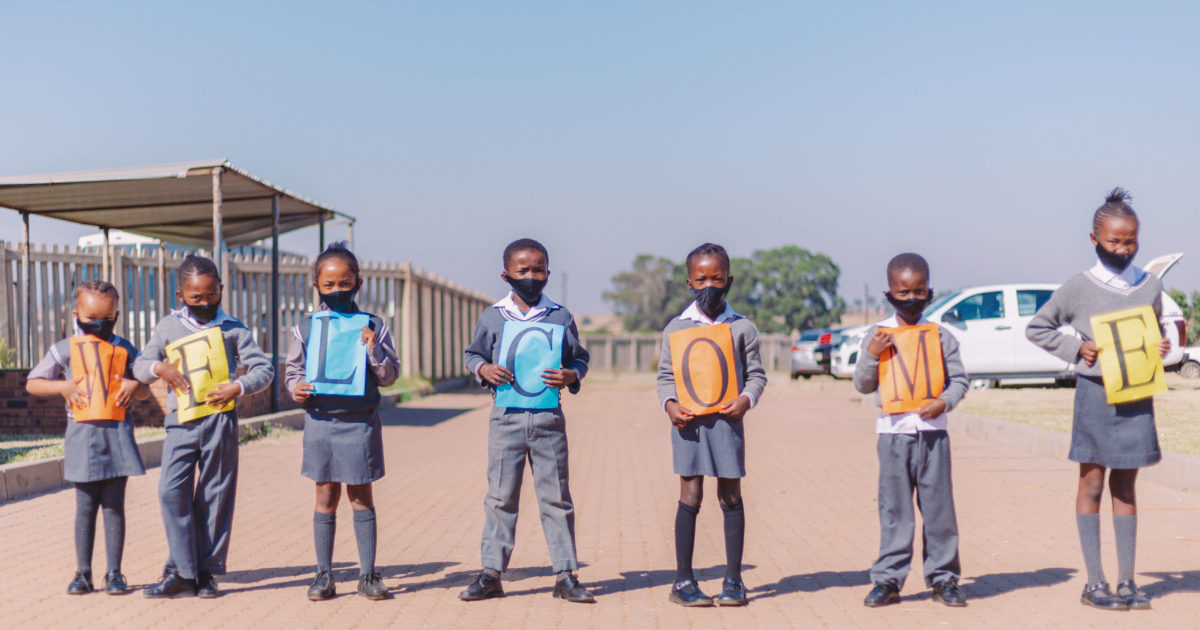 At the end of last year, mining leader Exxaro launched its school learners eye testing campaign in partnership with Vision 4 Change at Nelsonskop Primary School in Lephalale. The initiative allowed 1216 learners to have their eyes tested and provided 50 children with prescription glasses which improved their sight and hence learning abilities.

Vision 4 Change seeks to assist primary school children in Exxaro’s host communities by arranging eye tests and prescription glasses where necessary. The ongoing initiative is one of the ways the organisation empowers community members, especially the learners.

Continuing the impactful work, the resources company started in 2020, Exxaro’s various business units have joined in to make a difference in their operational areas. In March 2021, 750 learners at Bonginhlanhla Primary School in Kriel had their eyes tested, with 24 visually impaired children receiving glasses from qualified optometrists.

Similarly, three schools in Delmas were identified by the Department of Education as previously disadvantaged and in need of assistance, and Exxaro arranged eye tests and spectacles for students in need. 280 pupils were tested at Swartklip Primary School, with 10 receiving spectacles. At Delpark Primary School, 18 learners were identified as needing glasses after 558 were screened, and finally, 852 children were tested at Khangela Primary School with 37 receiving glasses.

By fitting children who have visual defects or impairments with prescription glasses, Vision 4 Change has a direct impact on the lives of these school children, providing them with better sight immediately. Improved vision in the long term can lead to better academic results, better sports performance, and boosted confidence. Indirectly, the initiative also benefits the parents and teachers of these children, making learning easier and more effective.

“When our children can’t see, they can’t learn. This is detrimental to their development and results in a chain reaction of underdevelopment that will continue into adulthood,” explains Vanisha Balgobind, Exxaro People Development Initiative Chairperson and Executive Head: Human Resources at Exxaro.

“As adults, the learners we have helped will continue to reap the benefits of improved vision and enhanced education. They can make a positive difference in their communities, beginning with themselves and their families and contributing to society and the economy – all because of something as small as prescription glasses at an early age,” Tebogo Leepile, Community Development Manager adds.

Phuti Mabotja, Circuit Manager Lephalale, a representative from the Department of Education, agrees, “Good visual perception is necessary for effective learning, school achievement and sporting ability. Studies indicate that up to 80% of what a child learns takes place through visual pathways.”

“Poor vision can disrupt these pathways, leading to poor cognitive development, which in turn can prevent a child from developing to his or her full potential,” a Vision 4 Change Optometrist Olebogeng Segale adds.

This statement is supported by the preliminary findings from the Annual National Assessments of literacy among learners, which found that only 45% of grade 3s and 35% of grade 6s could read and write at levels expected for their grades. Poor vision has been attributed to this shocking figure, as without the ability to see properly, learners cannot develop the relevant reading, writing and mathematical skills needed for effective learning.

In the long run, the initiative aims to reduce the number of school dropouts and combat the high unemployment rate in South Africa. By empowering children on their educational journey, Exxaro once again affirms its commitment to uplifting its host communities and powering possibility in Africa.